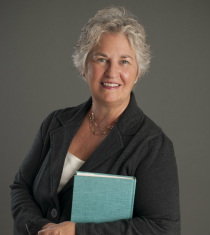 A native of Corning, New York, Liz has called Hartsville, South Carolina, her home for over thirty years. Her interest in writing began when she first worked at the Corning Leader newspaper as an advertising designer.  But it wasn't until she completed a writing class years later from the Children’s Institute of Literature in Connecticut that she learned the finer points of fiction and non-fiction writing for early readers and young teens.

Now retired, she continues with community involvement. Previously, she served as president of Darlington County Independent Housing Corp., co-founder of  In The Wings Production Company (a not-for-profit theatrical organization),  a contributing writer for She Magazine in South Carolina, designed e-newsletters and brochures for various community organizations.

As a member and past president of  Professional Secretaries International (now IAAP), she was chapter newsletter editor and chosen as Secretary of the Year 1995. She also served as publicity co-chairperson during the construction of Hartsville’s downtown Centennial Park, a former board member of P.A.L.S. ( a not-for-profit volunteer organization supporting the well being of those with chronic illnesses), contributed to Hartsville's Chamber of Commerce Christmas in April, Leadership Hartsville, and the Women in Business committees. She participated in Yale University's Comer School program as a mentor with the Darlington County schools.

In her spare time, she putters around the house and garden, loves to read adventure books, dabbles in a few crafts. She continues to write for adults and children with the promise of future publications, and offers her time and talents to numerous charitable and community organizations.
​
And last, but not least, she shares her life with her sweet cat, MacGregor.